Ultimate Game of Moans Review (Like Game of Thrones Style)

Show Me The Pros & Cons of Game of Moans

Layout of The Review

In the world of gaming, it is not new to see parody games that are loosely based on other popular movies or TV shows. We’ve all heard of Game of Thrones, right? So, there’s this game which is based on this hit TV series which delivers great action and sexual tension, making it the best alternate environment to fans of GoT. Game of Moans will surely leave fans feeling nostalgic since they can play and interact with their favorite Game of Thrones characters. This game has become a sort of extension from the series’ main storyline, with a lot of character dynamics and pure but sexual entertainment.

This game boasts of its superb designs and crisp 3D graphics which is aimed to captivate audiences of all ages. This game, being a spin-off to that series, has brought in a life-like feel to every character and even resemblance to each one of them, be it their body, face, or mannerisms. In this game, we can have all the fun that we want and need, and we can also choose whatever path you’d want to go given that the game is quite sensual.

Only in Game of Moans you’ll sign up and get asked with mind-boggling and libido-shaking questions. Right from the start, the game will already flare your fantasy up and will excite you even more. After answering the questions for the sign-up process, you just click the “Play Now” button and from there you can start making choices to rule the game. You could choose from various sex positions, from the common ones to the most extreme ones. You will also be choosing your game character as well as the people you’ll deal with and fuck with. To top the registration off, you’ll need to provide your card details.
One common-sense consideration for users offered by the game is that there is a free trial period upon sign-up. So you’ll have ample time to consider whether you’d pay for the membership or not, and you’ll also get to check out some games, features, and extra perks.

This game is like a breath of fresh air in the whole XXX online games industry. It’s because you, as the user, can get to decide everything for your characters and those whom they’ll associate with. From the physical aspect — body type, appearance, skin complexion, and even tattoos and scars. You’ll get to decide up to the smallest detail. Having the freedom to customize characters and base it off from your list, this will make you more inclined to play since you are visually satisfied with the characters’ outcome.
The game’s main goal is to defeat opponents and subsequently, harvest the sexy rewards waiting and fuck whoever you can. Your opponents can either be Sansa, Cersei, Melisandre, or Daenerys, and all you have to do is inflict damage to the opponent way more that she can do to you, too. If your character loses the game, not a single ounce of token or reward will be received. This game will get you on your toes and you’d want to win since the rewards will really all be worth it: you’ll get to fuck the defeated girls.

The diversity and number of explicit scenes found in this game are undisputed, especially considering that everything is in 3D graphics. From the music and sound effects, medieval atmosphere and surroundings, and even the game itself… all of these will draw you in. As mentioned earlier, Game of Moans allows every user to customize their characters and that will make each player look different and unique from one another. It’s always a feast to look at sexy girls looking like real humans and how much more when you witness two characters having sex, it will look and feel like they’re real people.
The game controls are manageable and easy to navigate even single-handedly so you can chill, have fun, and have some sexy time while playing. Since Game of Moans is available for both desktop browsers and mobile devices, you can play at any time convenient for you.
Although it is a common thing, I find providing card details as a drawback. I understand that it is required especially if you’ve tried other porn-related games, they would ask for credit card details not just to verify your age, but also to get you to avail the paid memberships as well.

Best Features of Game of Moans

Players can replay their best scenes by just checking out any of their characters. It’s cool enough that players are already familiar with the character’s names especially if they just came right away from watching the whole TV series. Since users can customize their characters, they can easily fulfill their sexual fantasies and relive the fun and sexy times.
The story mode of this game is pretty loose and you won’t have a hard time following through. Its’ simple and straightforward premise makes it well-loved by everyone, especially by players since there isn’t any restriction at all. Players can fuck whoever they want and enjoy everything sexually.
Since it is an open-world game, players can do anything they want to and go anywhere without any difficulties. Some tasks need to be completed but even if these are not successfully finished, users can still enjoy other side stuff if they do not want to unlock higher levels yet.

Try The Game For FREE Here

The game is pay-to-play but despite having to pay for this game, you will be introduced to a wide vast of special perks. You get to play other parody games and have free access to it, as well as other websites, too. The membership price for this game is pretty reasonable considering the amount of quality content provided to players. Every detail in the game screams accuracy and uniqueness. If you have successfully signed up, or you just want to skip giving out your card details, you may opt for a few days of free trial so you can explore the game and you can use that time to decide if you want to continue purchasing the paid membership or not. They also offer sandboxes, which is pretty expensive but then again, you’ll get what you paid for. Everything in this game is a must-try and will surely win your GoT fanatic heart.
Once you’ve tried playing Game of Moans, you can surely say that you’ve got what you paid for… and even more. The game’s developers have outdone themselves by polishing this game into what it is today; telling a good story while not sacrificing the excellent graphics as well.

Pros & Cons of The Game

Try Game Of Moans For FREE

Also, with the various sexual positions and concepts introduced in this game, this will be helpful for those who want to delve more on their sexuality and fantasies. You’ll surely enjoy the hot stuff in the amazing 3D graphics. More than the satisfaction of playing with sexy chicks and fucking with them, you will feel nostalgic with its GoT reference and how it is also more than just a game parody. It has a nice and unique concept and everything was well-taken into consideration.

Solid points are also given for its solid storyline. The game is expansive so players can enjoy an unlimited world and discover great features along the way. More than the explicit content, it tells a great story equipped with awesome graphics and suitable music. Game of Moans stayed true to its GoT roots but still succeeded in creating something different and immersive, leaving fans wanting more. 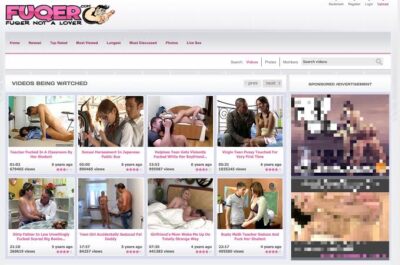 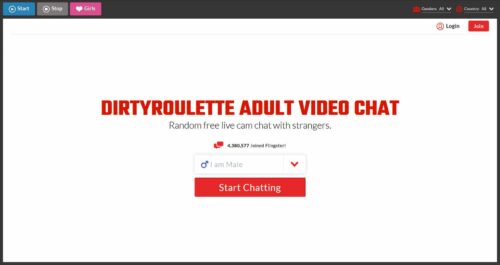